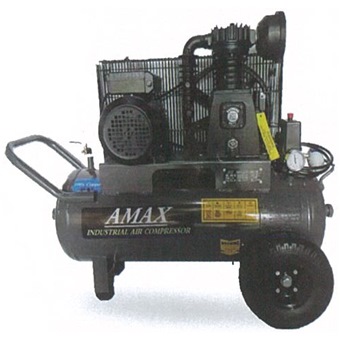 That's because liquids are very difficult to compress. The atoms and molecules from which liquids are made are so tightly packed that you can't really squeeze them any closer together.

A compressor is a machine that squeezes a gas into a smaller volume and (often) pumps it somewhere else at the same time. A compressor is normally designed to make use of compressed air in some way, for example, by powering a jackhammer or a pneumatic air drill. While pumps can work on either liquids or gases, compressors generally work only on gases. That's because liquids are very difficult to compress. The atoms and molecules from which liquids are made are so tightly packed that you can't really squeeze them any closer together. When you squeeze a gas into less space, you increase its pressure and store energy inside it, which you can put to use some time later. We call this potential energy—because it has the ability to do something useful in the future. A compressed gas stored in a tightly sealed container will expand again and flow, when you allow it to, for example, by opening up a valve. The pressurized gas inside is released and flows out under its own pressure. The pressure and stored potential energy of a compressed gas allow it to flow all by itself without any help from a pump. In other words, a compressed gas is a bit like a gas with its own built-in pump. We at WWG offer wide variety of compressors and allied mechanical and hydraulic equipment useful in a the advanced contemporary heavy industries.

Send us a Message We will respond as soon as possible...